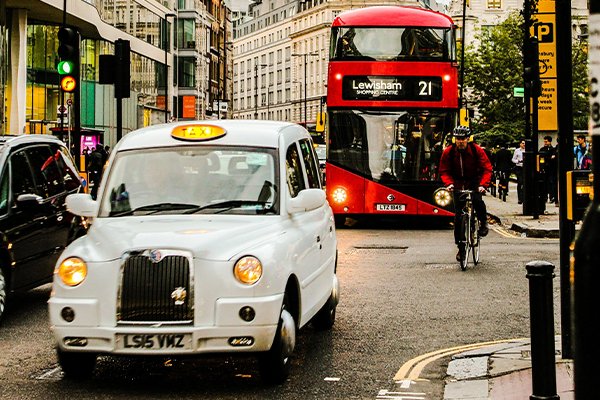 Why improving air quality is so important

Did you know around half of London’s air pollution is caused by road transport?

Toxic fumes from vehicles cause stunted lungs, asthma, and thousands of premature deaths every year. But recent initiatives, introduced by the Mayor of London, are expected to reduce harmful road transport NOx emissions by 45% in just two years.

Who is the mayor of London and what has he introduced?

Sadiq Aman Khan, an MP for Tooting from 2005, was elected Mayor of London at the 2016 mayoral election. Khan succeeded Conservative Mayor Boris Johnson with the largest number of votes in one election of any politician in British history. Sadiq has been included in the Time 100 list of most influential people in the world.

In office, he has introduced reforms to limit charges on London’s public transport, focused on uniting the city’s varied communities and made proactive steps to improve air quality in London. This includes bringing in the world’s first Ultra-Low Emission Zone (ULEZ).

Sadiq said “I got asthma at 43 because I was running around London training for the marathon, so I know how dangerous air pollution is.”

Whilst there are still TfL-managed roads outside controlled areas that are effecting thousands of commuters, active plans are in place to expand the Ultra-Low Emission Zone.

What are the ULEZ expansion plans?

The ULEZ extension in 2021 will extend the zone to the North and South Circulars. Most of the main roads in London will be inside the zone. So all the vehicles, even on the periphery, will have to be ULEZ-compliant.

Will drivers and businesses pay the ULEZ price?

The ULEZ charge costs £12.50/day so the Mayor is confident that most drivers who travel regularly within the extended zone will make the effort to become compliant. This is especially important for businesses who have fleets. Not only will the ULEZ charges become costly on a daily basis, but many consumers reject buying from businesses who don’t make any effort to become more environmentally friendly.

Sadiq says “It’s really important that [we] put pressure on politicians to address this public health crisis. We can’t see air pollution, but if we could, there would be an uproar.”

What can you do?

• Speak to us to see if your vehicle or fleet can become compliant with the NOxBUSTER® City. Excalibre are the only UK installer of this proven retrofit solution for ULEZ and Clean Air Zones (CAZ) programs.

• If you are a small businesses and low-income Londoner, there is a £48m scrappage scheme to help get rid of your dirty vans and switch to cleaner vehicles.

• Support the Little Ninja campaign, which was launched to protect children (and adults) from London’s polluted air.

Founded in 2007, Excalibre Technologies was born with the intention of offering high quality commercial vehicle emission control products and services at a competitive price with excellent customer service. Since then Excalibre has grown to become a leading supplier of retrofit kits and DPF cleaning services in the UK.

We work closely with several national organisations to help achieve their ecological targets of lowering emissions and ensuring their vehicles are maintained to a high standard, using internationally recognised practises and equipment supported by OEMs. We offer the NOxBUSTER SCR retrofitting technology, DPF cleaning and have an extensive list of suppliersable to source most aftermarket silencers and catalytic converters.

If we can help you with your emission control requirements please contact us on 01594 887414 or sales@excalibretech.com.